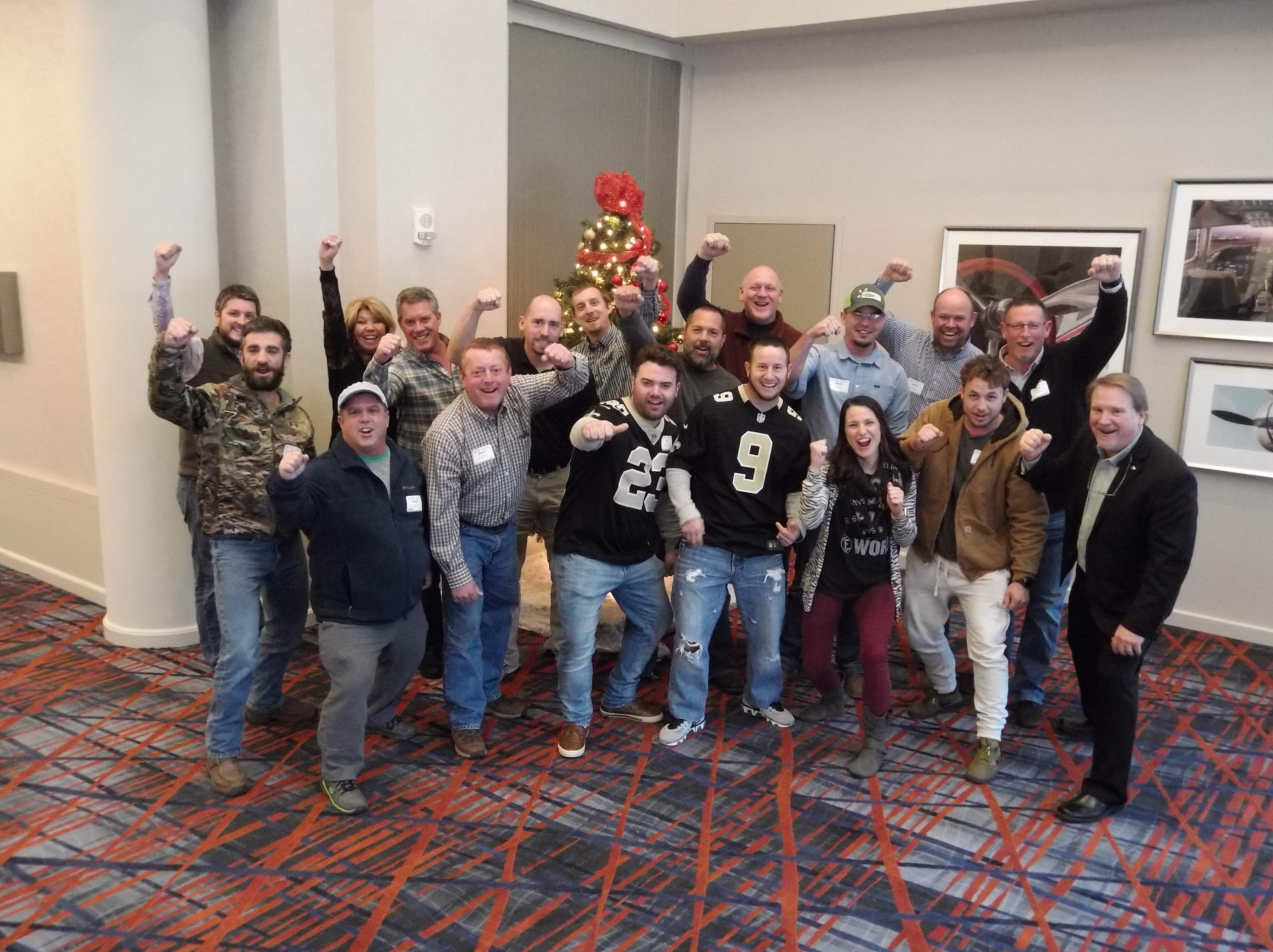 Employees: Roughly 20 in the field during peak season, 6 in the off-season; 5 office staff all year

When Steven Gladstone heard that the Automatic Hiring Machine could dramatically improve the quality and quantity of people applying for employment with his company, he was a tad skeptical. But he was also hopeful, perhaps desperately so.

“It was pretty simple, we could not find people to hire,” Steven relates. “We were growing and adding crews every year. By 2017 we couldn’t get people in our door fast enough. We had a help wanted sign permanently in front of our office. We ran newspaper ads and put job openings on Craigslist. The biggest problem was that none of our efforts were organized. There was no system to it.”

The Automatic Hiring Machine also forced Steven and his partners to look at their hiring processes. For example, the second interview is critical to determining if a prospective employee is a good fit for the company. It’s also critical to sell the benefits of working at the company.

“We discovered that we needed to standardize the questions we asked, as well as the information we conveyed, during that second interview,” Steven says. “We decided to create a standard PowerPoint presentation that could be used over and over. Then we realized we could use this same presentation to conduct group interviews.”

Group interviews proved effective. They helped establish a sort of “team atmosphere” from the beginning. They also helped Steven and his staff maximize the use of their time.

Steven then decided to bring some additional strategy and standardization to the group interview approach. The company started hosting job fairs at its office. They were held from 10 a.m. to 2 p.m. every other Friday in the runup to the growing season.

“Job fairs were really effective at helping us fill numerous general labor positions at a time,” Steven says. “We changed sign out in front of our office and advertised on Facebook. We also went around to area colleges and made sure they were posting our job fairs on their job boards. This really helped bring on the masses.”

To first capture the attention of the masses, Steven had to change the format of his job ads. “We always wrote what sounded good to us,” Steven relates. “We always went with the basic ‘help wanted’ ad with the basic job duties and wage. We never really analyzed if it worked. We just always did it that way.”

The Automatic Hiring Machine presented a more creative, strategic methodology. “This industry is about more than just cutting grass,” Steven says. “This is a great profession where someone can make a great career. We realized that we needed to be talking about that.”

The Automatic Hiring Machine gave Steven some pre-built job ads that he could customize to his liking. Steven decided to run with the ads as they were created. “We’d heard about how well the ads were working for other landscape companies,” Steven says, adding that there was no need to fix what wasn’t broken.

“The way the Automatic Hiring Machine is designed, applicants actually weed themselves out,” Steven explains. “There are several steps they need to go through. The first step we set up was to go to our website and watch a 5-minute video about the company. The video also provides instructions on how to apply. Candidates need to submit their application electronically and also call our office between 1-2 p.m. the following day for a quick 10-minute interview. So many people want to just show up on our doorstep and ask for an application. The Automatic Hiring Machine process helps us filter out the people we don’t really want working in our company.”

So have all of these changes worked? You better believe it. “We have hired the people we need each of the last two seasons,” Steven says. “We’ve even been able to take that ‘help wanted’ sign down that has been in our front yard for the past several years.”

Nowadays, roughly 90% of Steven’s Wack-N-Sack’s new hires have no landscaping experience. For Steven and his partners, that is just fine. “With help from Tony Bass, business consultant and creator of the Automatic Hiring Machine, we have strong training programs in place,” Steven says. “Some of our new hires don’t know which side of a weed eater is up. But that’s OK because we’d rather teach them our way of doing things. They just need to be willing and able to learn, which they are.”

If you own a lawn, landscape or contracting business and you would like to build an employee recruiting system like Steven, Barry & Tim, order access to the Automatic Hiring Machine online training program by clicking the link here: www.automatichiringmachine.com/buy

Learn the most about the Automatic Hiring Machine! Join Tony's WEBINAR!